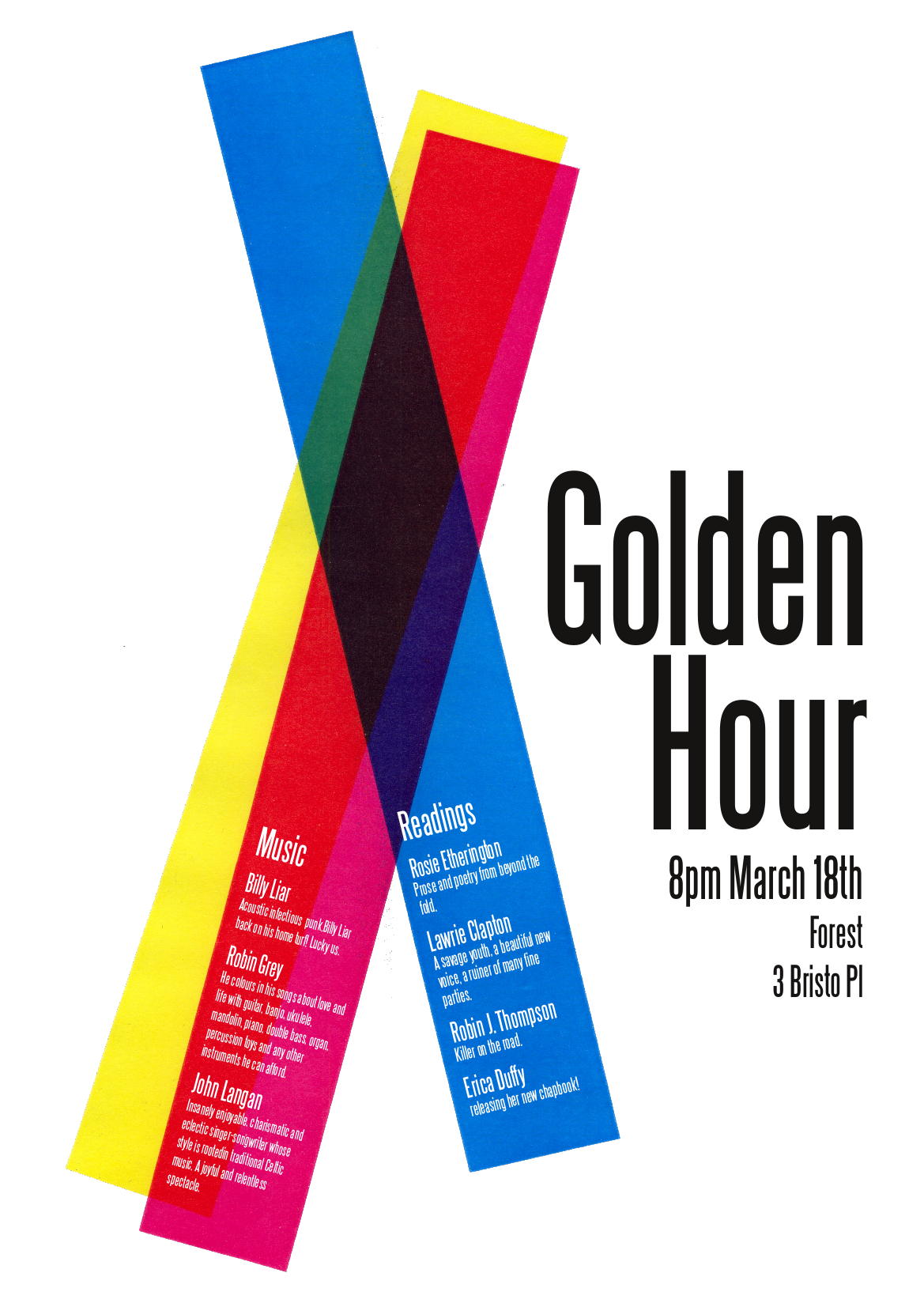 In 2009-10 I did posters for the Golden Hour. A once a month rendering of Forest publications in various mediums.

This is The Golden Hour.